First, I don’t have anything to teach.  There’s no message of profundity that I came here to expound.  But what does that leave me to share?  If I am not an author, a teacher, or a role model, what am I?  What can I bring to any blossoming blogging community?  Just myself, that’s all.  I can only be who I know myself to be, and to account for that as I change.

One thing I do know about myself, is that I go through vast changes that often don’t seem apparent by others, and yet from my perspective, changes the trajectory of my life forevermore.

One of those times was back in 2011 when I was laid off from my IT job, my job being outsourced to, if I remember correctly, Costa Rica.  It doesn’t really matter where it was outsourced to, that’s beside the point.  The main thing for me was that I was a good employee, having been offered a leadership position, which I turned down (gee, my bad for not wanting to manage people rather than code), because I was so good at what I did for them.  And I can understand corporate politics and the like, but what I cannot wrap my heart around is the malice of the manager who let me go.  He was new to our group, and he had a mean spirit that I could sense, but not really put my finger on.  I figured out 2 weeks prior, via an intuition hit, that my job was on the chopping block and that he was… let’s just say indifferent about it, to put it in the nicest frame possible.

I left that job with a fat severance, which gave me time to adjust.  I put to mind that I would not let this tear me up and would find what’s next for me while holding a positive stance about my situation.  I was determined to keep my head and heart afloat, despite being a single mother of two young children and facing the threat of bankruptcy and losing our home if I could not transition to something else.

It turned out that I could not find replacement work right away, my skills were dated.  And even though I went back for some training in newer technologies, I eventually had to prioritize paying my secured debt bills over non-secured.  And though I was receiving some unemployment, my severance ran out and times got even tougher.  My resolve to keep my head and heart aligned disintegrated despite my best efforts to stay level headed, do wise things, and not descend in spirit.  I did not know it at the time, but I was headed into a serious dark night of the soul, which looking back, seemed all a part of the grander plan for me.  But at the time… crap was hitting the fan!  No matter how hard I tried to keep my spirits up, life was hitting me harder than it ever had before, and I was suffering.

A great and deep anger arose within me.  At first I tried to shake it off, but it kept at me.  In time, this anger turned inward and a great seething depression settled in.  I was angry with society and the world at large, in a really big way, but in a way that I tried to keep sequestered from everyone – and thus it burned a hole right into me rather than exploding around me.

It was a very dark-feeling time for me.  I was feeling like no matter how hard I tried to make ends meet, as a single mother, even one who had had a great income, things in life just kept coming at me in such a way that I could never get ahead, and I was pissed.  I was so very angry with the world and it’s stupid ways.  I felt like every which way I turned there were obstacles preventing me from the things I sought.  I could finally see some of the sinister ways the world operates and how that was purposefully designed to keep us all suppressed, to keep us all wrangled into a system that was not benign at all.  The anger inside me at the injustices I saw all around me was boiling over.  It felt like a nuclear reaction, melting down within me, causing severe anger and depression.  I could not find any means to get myself out of that state of being, or out of the confines of a sick society.  I felt trapped and bitter.

And it was at that point of nowhere to go, no recourse, that I found an answer!

It occurred to me that there was one thing I could do that they can’t take away from me, something that could help me in so many ways, and that was gardening.

The simple act of making a plan for a small 12×3 ft garden gave me a sense of personal empowerment in my trying situation.  So I took some precious funds and bought some wood and metal connectors and I built myself a raised bed frame with tools my ex-husband had left out in the garage.  Then I sought advice from friends on how to make good soil, then I spent some more precious funds and filled it in with happy soil and some seeds to tend.  I even got hold of a discarded blue food industry barrel, cleaned it up, and transformed it into a rain barrel then adding some gutters to my shed to collect clean rain water.

This was the beginning of a life-transforming effort, and it certainly was the turning point away from my deep-seated anger and depression.  I had found the one thing that, for me, helped me feel some hope, and I latched onto that like it was a life preserver, because it was.

Before that point, I was a suburbanite who absolutely loathed “yardwork”.  But soon enough I found myself harvesting my produce and looking into ways to preserve it.  A whole new world had opened up to me, one in which self-sustainability was the theme.

I was outside more, walking barefoot, enjoying the feel of my hands in the dirt.  This was medicine for sure!  My spirits began to lift, and I could write a whole other blog on all the benefits I got from my dark night of the soul experience, but I’ll spare you. 😉  But the general effect was total in that my outlook and life began to turn around for the better.

To this day, this drive in me has only grown larger and larger.  I put it to my mind that society would not keep me from attaining my dreams, because now my dreams were something entirely different.  It was no longer just financial success and wellness in a sick world; it was to depend on my own resources, and to live a joyous life despite the chaos in the world around me.  Digging into the simple act of being a steward of my own nutrition was enough to light my path.

And here I am, still, on that path.  Only now my dream of a home with an orchard and fields with which to grow in abundance, is coming true.  It took 10 years, but it’s finally here.  The land is purchased, the orchard is planted, and the fields are being cleared for planting and for building a home there.

I left out so much of the story, but it’s enough for now.  What I want to stress is this… I may have been a bit ahead of the curve, so to speak, on this personal relevation that society is so utterly sick.  I mean, since this covid fiasco, we all see it to some degree or another, but to experience this deep, dark night of the soul regarding such things… well it’s something I think a LOT of people are currently going through.  And I have SO much sympathy for them, so much!  What I wish for anyone suffering their own dark night of the soul right now is for an idea to come, in such a personally fitting way, that can bring hope and renewed determination.  I feel that with so many people going through this simultaneously, when they start popping out of it, one by one and then all at once… then solutions, REAL solutions to build a healthier society are bound to follow. 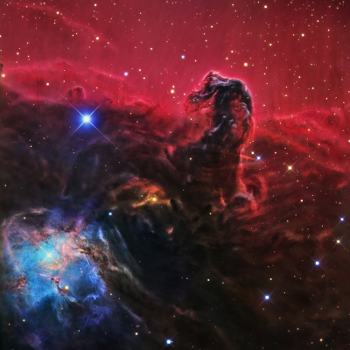 At one point , I was really interested in the technology of light, sound, and frequency.  There was this card that you could get that could be…

Español
Why I Believe a Healthier Society is Imminent
We use cookies on our website to give you the most relevant experience by remembering your preferences and repeat visits. By clicking “Accept All”, you consent to the use of ALL the cookies. However, you may visit "Cookie Settings" to provide a controlled consent.
Cookie SettingsAccept All
Manage consent